Does One Discipleship Fit All? 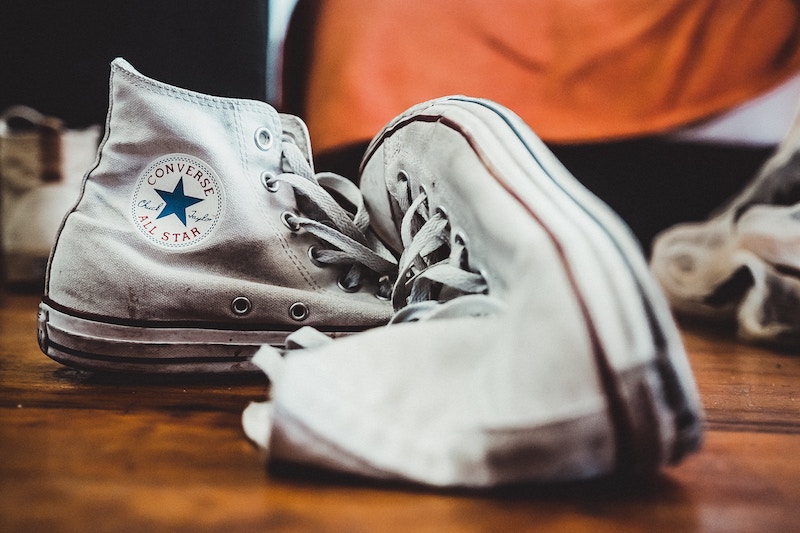 The school year is well underway and we are already doing overtime with PTA, Open-Houses, Early Wake Ups, Carpools and all the things that you have to get used to when you are transitioning from the rhythm of Summer break back into life during School Year.

This year, more than ever, the teachers are talking about classrooms that are set up for the variety of ways that students learn. There appears to be new vision around creating environments where students can learn in the ways that they naturally learn as opposed to sitting in a desk, listening and repeating in some form.

It’s been really quite refreshing, quite hopeful in fact. My youngest is a mover. He loves to learn by doing. He is whip smart and can sit down with a sheet of paper and get the facts straight, but his soul is inspired when the sword is in his hand and he is learning to fight pirates as he swings it. You wouldn’t ask everyone in your office to learn how to be a mail clerk. It’s the multiplicity of jobs that make the industry move!

APEST in the Church works a lot the same way when it comes to discipleship.

When we see that Prophets raise up Prophets, Apostles send out Apostles, Evangelists lead out evangelists & Shepherds contend for new Shepherds, the Church will experience a kind of renewal that we are only tweeting about! Click To Tweet

For some reason, the church has been more like school than the Body of Christ. We only recognize discipleship when it looks like something you would do in school: sitting, listening, reading, writing, reflecting, repeating.

Learning is A way to be discipled, but not THE way.

Education is one facet of the APEST prism and frankly, we are living in the consequences of only producing one approved method of raising disciples: Teaching.

We have pushed people who learn apostolically into the best practices of the business world, where things happen; where you learn as you do, reflect, regroup, retrain and risk again.

We have moved prophetic discipleship into privatized ghettos of the sublime, refuges for men and women who don’t absorb truth by listening to a teacher, but to the Lord.

We have allowed evangelists to lose heart and seek discipleship apart from the Body. This is possibly the most serious problem our mode of “discipling” has created.

We put the “shepherds” on prayer committees, watching their email for the next prayer issue to pop up in their inbox.

APEST provides a framework, a natural aesthetic, for discipleship of the whole body in a way that truly reaches who we are and raises a deeper disciple in every part of the community. In today’s post, we are going to look at categories of discipling each of the APEST gifts:

People who are learners are the target audience of typical Church discipleship: Sunday school, sermons, book clubs, Bible Studies, Conferences, Workshops, i.e., things that happen in a classroom. This is a great way to disciple Teachers, although I challenge teachers to lean into forms of discipleship that don’t involve something that can’t be read.

So much of the Western growth model is tilted in this direction, which is great as long as every one grows as a disciple in the same way, which unfortunately they don’t. Look at the ways that Jesus discipled the Apostles:

Jesus teaches them with words and sermons.
Jesus sends them off to experience and figure out faith on their own.
Jesus prays with them, for them and in front of them.
Jesus contends for them and shows them how to contend for others.
Jesus relates to the un-relatable and models how to walk someone into His Father’s Kingdom.

If the Gospel was information that Jesus taught over three years in a synagogue classroom, I imagine that the Bible would still be a best seller, but fewer people would read it. But it’s not. The way Jesus disciples is dynamic, it’s varied, it’s powerful and effective.

Where you really see Shepherds grow as disciples is where they are learning by contending. As they rub up against the sharp edges of human behavior, the rough margin of disappointment and learning to respond with honesty and love. Shepherd learn as they keep long hours in the night weeping with those who are hurting, interceding for those who are hopeless, walking through the long dark night of the soul every single day.

What I’m not saying is that Shepherds have nothing to learn from sermons or book. Nothing could be further from the truth. What I am saying is that Shepherd grow as disciples of Jesus when they are exercising in the fullness of their gifting. It’s not reading that causes them to bloom, it’s taking the hand of man trapped by sin and pulling him from the dominion of darkness into the freedom of light, the way Jesus did. You want to see a disciple? Watch a Shepherd contend.

The body of Christ has sadly become a hostile place for the Evangelist. More than any other APEST gift, perhaps, the evangelist is not naturally going to equate learning with growing as an evangelist. Many evangelists are sitting, right now, discouraged by the number of days they have been learning with Christians, instead of relating to non-Christians and being fully energized by the activation of their gifting.

The Evangelist is not a un-educated gift. They have everything to learn from traditional sources. They have everywhere to grow from opportunities that provide information you can be tested on. It’s simply a matter of what actually disciples them, what moves them closer to the heart of Jesus. Or better put, Jesus closer to their heart.

What happens to the level of engagement of all of the other APEST gifts/callings/dominant abilities when what we think is “discipleship” is not discipling? For a person that grows through deep saturation in God’s presence and word, book club is going to be a dimmer switch, not a supernova.

Which makes a steak taste great? Marinating in rich wine and spices, or proximity to a cook book? Both have their place in the kitchen, but only one is going to make the steak do what it was created to do!

Which kind of leads to another aspect: Hunger. Prophets don’t hunger for Sunday school, they hunger for intimate proximity to the Father’s presence. They hunger for the Holy Spirit to press in and lead them to show Jesus’ love to someone in a profound and powerful way. They hunger for fellowship with the Lord: to hear and see and know, to live and move and have their being in the Presence.

If “bible study” is the main pathway to discipleship in your community, you may not want prophets to be included.

The model of “learning” discipleship frustrates and alienates no single person probably more than it does the Apostle. These are people who grow on the go. For them, moving the Gospel is proving the Gospel. There is no greater evidence of the Kingdom on earth as it is in Heaven as when they go and push the literal boundaries of the Kingdom further out upon the earth. They don’t need a new book study to learn what mission is. They are constantly knee deep in it.

The Apostle needs to be a part of a church that can make space for them to work and do, dream and build, go and start, organize, mobilize and create pathways that provide solutions to the questions and problems that remain unasked or unmasked in committees. Apostles are discipled as they connect the Body of Christ to the needs of the city, and visa versa.

Apostles are going to be most likely to want to “cross-disciple”, learning from the ways of other gifts. They are also the most likely to mobilize people with diverse gifts to go with them into whatever mission has attracted their heart and imagination. They need a church that can say, “We bless you” to a team of them and then send them.

The Apostle grows on the go. For them, moving the Gospel is proving the Gospel. They don’t need a new book study to learn what mission is. They are constantly knee deep in it. Click To Tweet

We can and must re-conceptualize “Discipleship,” letting the learners learn, the prayers marinate, the relaters crowd surf, the contenders engage and the doers do.

We need to get used to the word “discipling” meaning more than learning. When someone says that they are discipling someone, we should naturally ask how and be prepared for an answer that doesn’t involve seminary. Even more importantly, we should be prepared to celebrate that answer.

We must experiment ways to return to the apprentice/master paradigm and create life-on-life opportunities to build one another up in gifting and calling. When we realize that Prophets can raise up Prophets, that Apostles will send out Apostles, that Evangelists will lead out evangelists and that Shepherd will contend for new Shepherds, the Body of Christ will experience a kind of renewal that right now, we are only tweeting about!

We need to get used to the word “discipling” meaning more than learning. When someone says that they are discipling someone, we should naturally ask how and be prepared for an answer that doesn’t involve seminary. Click To Tweet

Here’s a question: If you took the teaching (Sunday school/Sermon) out of your weekly rhythm, would discipleship still be happening? If the answer is no, then you have to ask: Is discipleship happening now?

What about this post strikes a nerve? Tell me about it in the comments.